#BehindTheScenes: We shine a spotlight on Bea Theron, Jägermeister’s Head of Experiential Marketing and grassroots champion 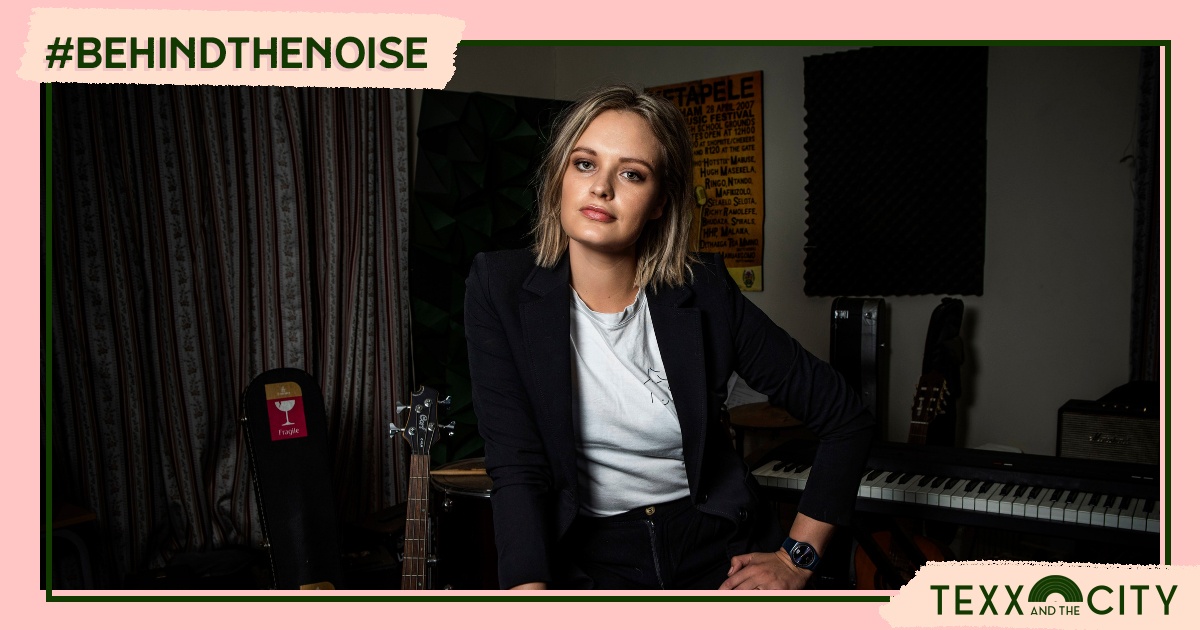 When I think about brands that support music in South Africa
one of the first names that pop into my mind is Jägermeister.

This association that I make is mainly due to Bea Theron, who has been the driving force behind the brand’s newer strategies, collaborations and activations for the last three years.

As the head of experiential marketing at Jagermeister, I’m keen to find out from Bea exactly what that means because I’m a bit foggy on the definition. “Experiential marketing is a term assigned to the creative spectrum of marketing: the arts, the culture, the music, and especially the music because that’s what Jägermeister is predominantly embedded in. Basically all the fun stuff,” she willingly explains.

Throughout her schooling years, Bea received formal training in the arts – theatre, piano, and singing, “It’s such a cliché but it’s the truth, I wanted to be a world-famous actress. For the longest time the goal was to either be on stage or in front of the mic… or in front of the camera.”

But when she got to university she realised very quickly how much better she was at operating behind the scenes. Her first step towards operating in that managerial space was her joining the Hilltop Live Oppikoppi production team, fresh out of university. “This was my real schooling. I consider them my industry family.” She was inspired by her new team – her new family – where she moved between various positions and brands that endorse the music scene.

I ask about working with Jägermeister and what her favourite thing is about the job and she instantly responds, “What I love about my job is that I’m good at it. It makes me feel good about myself and it gives me purpose.” She asks if she has to choose just one and I encourage her to give me the tea, “I live for the moment when an international [artist] arrives backstage. There is a huge shift in mood and all-of-a-sudden rank and rulebooks don’t apply – it’s such a rush!”

On the flip side, she says that what she least enjoys about her job is “That

mom will never really know what [she does].”

Initially when she took on the position, Jägermeister was predominantly embedded in rock music. Her main goal was to expand their horizons. “I started introducing more of the urban market, the main market: the hip hop, rap, trap, and the kwaito scene, and really growing the brand and introducing it to a different arena of audience and appreciation,” a bold move that paid off in a big way. “We’ve seen tremendous growth and I’d like to think it’s because we started catering for a very diverse country,” she says proudly.

Their current portfolio, other than the Jack Parows and Fokofpolisikarre, includes artists like Robin Thirdfloor, 2leestark, Johnny Cradle, Grassy Spark, Rouge… a refreshing variety of sounds and genres. “We are focused on grassroots. We don’t endorse artists that are too big and already established. We like to catch them while they’re grass roots so we can grow with them [pun intended?] and walk the journey with them.”

She believes that being a woman has played to the advantage explaining, “Maybe it’s ‘cause we have special powers and secret weapons and I always love tapping into those. Where I do feel people have treated me differently, both men and women, is the fact that I’m a mother, [and] that I’ve had a baby to take care of.” She feels that it’s the one thing that’s held her back. Bea worries that she’s getting “too soppy and emotional” but I encourage her to share her truth because it’s a perspective I don’t think we consider in the festival industry – being a mother. I hadn’t, not until I’d spoken to Rocking the Daisies’ Zethu Gqola.

She says that the first six months after giving birth were the worst and I can hear the pain in her voice. “Being a mother, you get an inherent sense of guilt. We call it ‘The Curse’. Being away, being on the road, being surrounded by music and alcohol and people having a good time… that gave me an awful sense of guilt not being at home with my baby.”

One of Bea’s biggest female inspirations in the industry is Thera Van’t Hof, Marketing Executive for Vida E Caffe. “Still, on a daily basis I find myself thinking ‘What would Thera do?” I haven’t seen her for a few years but she made a massive impression on me in terms of how she deals with marketing and people.”

I steer our conversation back to the Jägermeister Music programme and ask what they want to achieve for the future. She briefly talks about the grassroots aspect but adds, “We want the programme to be a true reflection of the country and its demographics. People may say that we’re a schizophrenic brand who have our fingers in all the pies but we pride ourselves to be a true reflection of who the country is.”

Brands and festivals in the South African music industry could and should take a page out of Bea, and by extension Jägermeister’s book.

Check out Part 3 of #BehindTheNoise with Kay Faith.